Art For A Purpose

The forum and honorees were celebrated with one-of-a-kind portraits rendered by artist Lee Greene, an American living in Bermuda. “History rewards the researcher,” says Greene. “Every time that I read someone’s bio and I look at their journey, it’s liberating to see how they’ve stayed true to themselves while making a difference in the world. I draw people that I admire and connect with, who possess qualities that I value and respect, qualities that I identify within myself.” Greene’s unique water based acrylic marker portraits were displayed digitally at the presentations honoring Vails, Holden, Rodriquez, and Niyonshuti, and are now being made available as one-of-a-kind art pieces with proceeds going to each athletes desired charity. 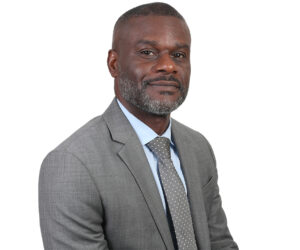 Being able to create something from a blank canvas as an artist is a true gift. Your inner drive to create amazing things is such a wonderful feeling. But the ability to give back in this world with your art is even better.

I also use my art as a way of supporting causes such as “Night of Champions”. I can feel a part of something larger than me that can bring about change for the better in another person’s life. I love creating art for a purpose.”

Each portrait (see image on this page) is 3-feet by 4-feet and rendered on canvas-wood backing. These unique art pieces are not duplicated in any other medium and therefore are drawn from a memorable moment in the athlete’s career. Proceeds from each portrait will go to the designated cause directed by each athlete, to view the background on each beneficiaries program see the link in each athletes area below. Each winner will receive a private zoom call with each athlete and artist.

To bid on any or all pieces, please see each piece, background and bio below.